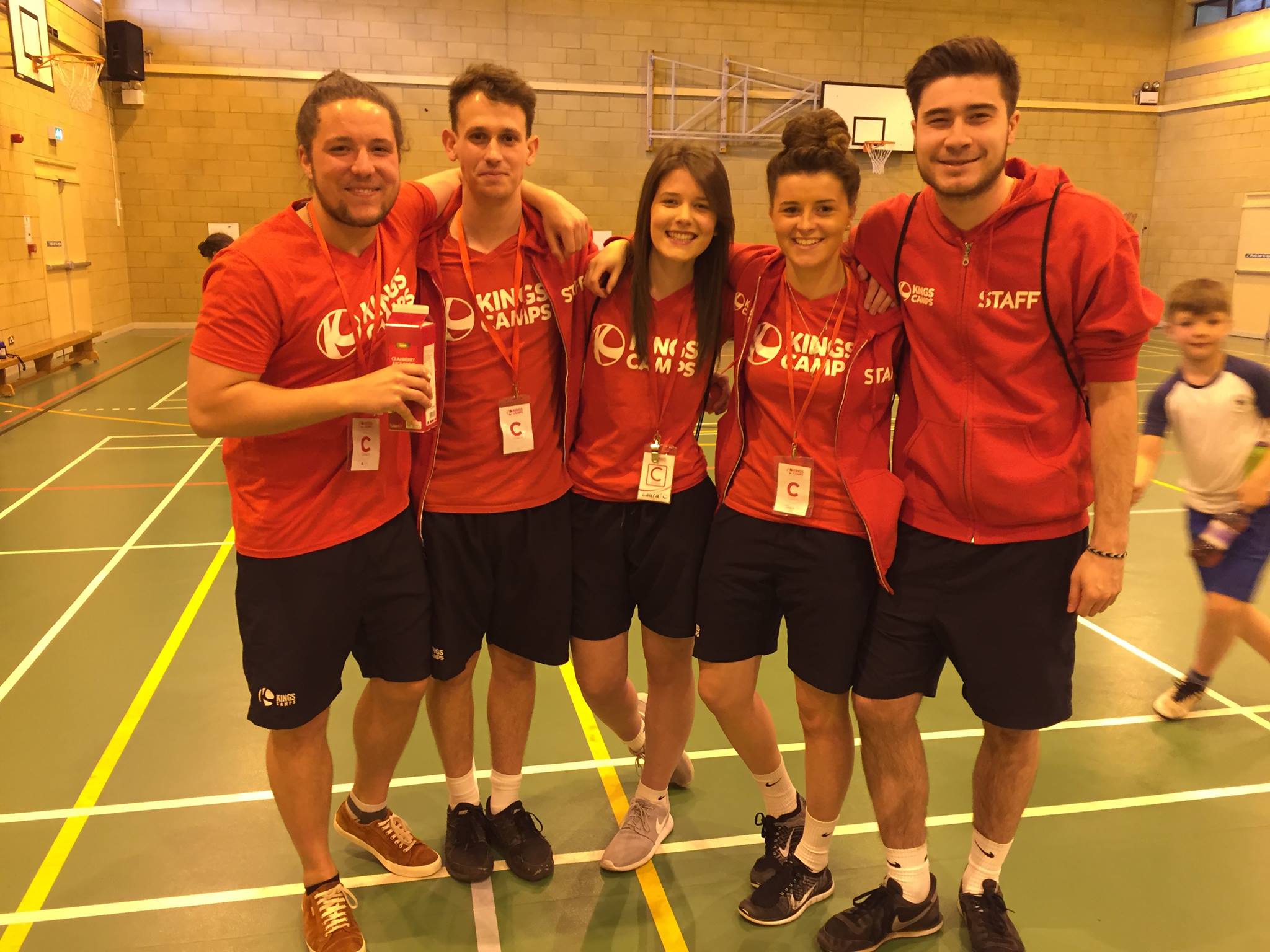 Each year we employ over 1,000 people to work with children on holiday clubs around the UK. It’s a great opportunity to get experience working with children, developing team skills and making a new network of friends. Many people who work on camp go on to work on cruise ships, as teachers or sports coaching professionals.

“What originally started off as a temporary Summer Job in Chester, has turned out to be an unforgettable journey! Shortly after the Summer Season had finished I was accepted to start a new role with Norwegian Cruise Lines. The games and activities which I learnt on camp proved crucial during the interview process. Most recently, I have completed The Graduate Position based in Kings’ Head Office, learning even more about the organisation and developing new skills as an employee. Now one year on, I never would have imagined the number of places I’ve been fortunate enough to have visited around the UK and abroad such as Jamaica – “Yeah Mon!” The organisation and the values it represents quite simply makes them the “champion of the child” and an experience like no other.”

“I first came to Kings aged either 9 or 10 and was not at the time not the sportiest kid going. I must have enjoyed it, however, as I eagerly signed up for the rookie program where I got the first impression of what it was to be a coach. I completed the program to platinum level and was able to start being a coach at 17 and I have worked as a coach now for 3 summers. During my time at Kings, I have worked at 3 different camps and have been lucky enough to work with many talented and enthusiastic people, who have influenced my development and work ethic. Looking back on what is, worryingly, 10 year’s worth of summers, I have developed skills that are universal in dealing with not only children, but co-workers and team members, and it has been an incredibly fun yet challenging experience.”

“Having always wanted to teach, I needed to gain experience with kids before applying to uni. Within 2 seasons, I was promoted to a senior role and I’ve never looked back! I came right through the ranks, from coach to National Coordinator and have absolutely loved the past 9 years. I’ve worked with the most inspiring staff, who have shaped everything I am!

By being on camp, I was spotted by the Kings Active team and have been to over 25 countries, representing an amazing brand. I wore my uniform with pride every single day!

Working overseas and in the UK with Kings, inspiring others to achieve their potential is hugely rewarding. It’s been a privilege to give back to so many, as it was Kings who helped me reach the potential as a teacher!”