Izzi’s story: from camp to cruise (and beyond)

Meet Izzi, a Kings Camper turned adventure-aholic who began her first steps into employment with Kings Recruit over 10 years ago. Her journey began on camp as a 9-year-old with insuppressible energy and a love of being active, and thankfully she’s never outgrown these qualities. Today, she’s a dynamic member of the Operations Team at Kings Camps Head Office – a role which demands the passion and enthusiasm which she’s displayed throughout her unique Kings journey. Izzi’s current role involves her overseeing the smooth execution of camps nationwide and travelling all over the globe to deliver training programmes on cruiseliners. With 78 countries (and counting) under her Kings belt, we wanted to know all about how her big adventure began…

Where did your journey with Kings Camps start?

“I was 9-years-old and a kid on the Chester camp – I was too full of energy to be at home! My older brother was doing his Rookie and I followed in his footsteps. At 17, I became an Assistant Sports Coach, then progressed through to Site Manager by the time I was 21. When I graduated university I then went onto ship with Norwegian Cruise Lines (NCL) through Kings Recruit. It was initially a 6-month contract, but I ended up loving every minute and doing it for 5 years! When I was 26, I then came off ship and became the Regional Manager for Kings Camps South West, and was then subsequently offered a job at Head Office in Sheffield.”

What did you love about the roles you’ve had with Kings?

“I loved the opportunities for professional development that came with every role I had. It’s very hard to stay in the same place within Kings – they’re committed to promoting from within which is awesome for students and graduates looking for some solid career experience. Also, I would never have gone onto a cruise ship before I became involved with Kings – I had no knowledge of that world or industry. Yet here I am at 28-years-old, having been to every continent and 78 different countries through my work with them! Sports and active fun is an international language – the line of work we do allows us to engage with any child wherever we go in the world, which is amazing.” 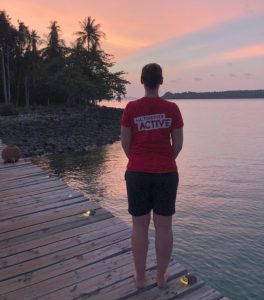 What did you find challenging?

“Being away from home for extended periods of time can be difficult at times. You have to learn to adapt to different cultures and management styles, acclimatize to new surroundings, faces and friends. However, these are the things that make life exciting too.

“Going onto a cruise ship is a big commitment, as is taking on the responsibility of being a sports camp manager. But life would be mundane without change and risks every now and again, and the places you get to see wipe out any worries you have about leaving home behind for a while. During challenging times, I remind myself of the bigger picture. Not everyone is lucky enough to experience the things I have, and knowing you’re making a real impact on children far and wide carries you through the days which aren’t so exciting and bright – because we all know every day can’t be great.”

What’s your favourite thing about Kings as an organisation?

“The abundance of opportunity to grow and progress.”

What advice would you give to someone who’s considering working on a cruise ship?

“It’s a big leap but one you’ll not regret or ever forget. You have to just take the plunge – you learn so much about yourself and other people. You become independent and you forge friendships that last forever.” 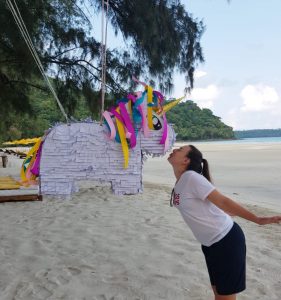 What advice would you give to someone who wants to work on camp?

“Seriously, it’s such a convenient arrangement for most budding teachers or sports coaches because it’s within the school holiday breaks, which means it’s outside of university timetables. It’s full days as well, which helps you to get a sense of ‘the real world’ and clock some hours up to save up for when you return to uni or go off on your own travels. You’ve got nothing to lose!”

Do you have any words of wisdom for those seeking progression with Kings?

“Have a willingness to learn. Put yourself forward and say yes. Be consistent and committed and keep showing up. Actively demonstrate that you were a great choice for the role. Effort never goes unnoticed here and you’ll reap the rewards if you put your all in.”